Smoking a Wet Cigar… Wait, What? 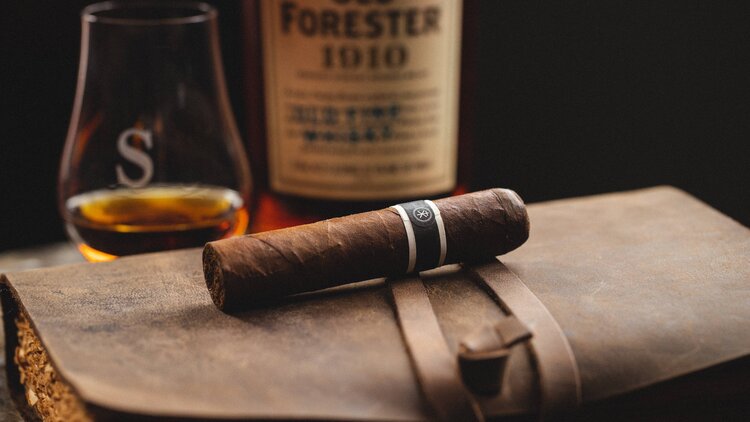 There have been several heated discussions in blogs and forums on the web, over the benefits of wetting your cigar before smoking it. Min Ron Nee, a well respected aficionado was the one that said he sometimes puts his cigars under the tap before smoking them to enhance their flavours and the overall smoking experience. Some people said that it did seem logical, some more adventurous tried it and some simply said this was impossible! I thought I should try the experiment myself and find out if wetting a cigar would make it more pleasurable to me. To be able to compare it with a dry cigar, I picked up two Ramon Allones Small Club Coronas, in order to smoke them at the same time. Both cigars were from the same 2008 box.

In order to wet your cigar, you need to place it under a running tap and keep it there for 6-7 seconds. The wrapper acts as a repellent, preventing the water from getting into the filler. If the filler gets wet during the procedure, the cigar will be unsmokable. With one of the Small Club Coronas soaking wet, its time to light them both and see what the fuss is all about.

The dry RASCC is cut straight and evenly, while the wet one requires a little more effort and the wrapper is not cut as clean as in the dry cigar.

Both cigars light up equally well. The wet cigar shows no signs of black, charcoaled wrapper. A few puffs later, both cigars have developed a good coal and the wet RASCC looks as if it has already dried, however it feels cooler on the lips.

Not much of a difference here, however the wet RASCC delivers smoke that has a cooler feel!

Both cigars burn evenly at start, but the wet cigar starts burning unevenly after the first half. This could have been caused by the wrapper being more soaked on some parts.

The wet RASCC produces ample smoke, more than the dry one, that has a richer texture and a darker colour.

The ash is of similar colour on both cigars, however it stays longer on the wet cigar. On the dry cigar it quickly falls after reaching 3/4″ length, while on the wet RASCC it reaches an inch. 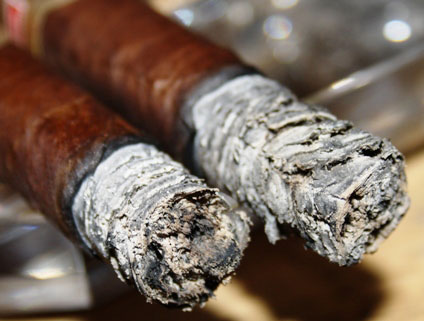 The coal is similar on both cigars, flat and slightly tunneling.

Although the flavours are almost identical on both cigars, the finish and intensity are different. While the dry RASCC is sharper and has more kick, the wet one is more robust and full. The dry cigar has a long finish, with a slight acidic taste and the wet cigar has a bitter finish.

It was obvious to me that wetting the cigar had some benefit on the overall experience. It did not result in massive changes in the flavours and it certainly wont turn a bad cigar to a great one. I was happy with the experiment and I would recommend it to everyone. Thumbs up to Min Ron Nee for sharing this technique. Will I be putting every cigar under the tap from now on? Possibly not, but it is something I would do every now and then.